Message of congratulations on the National Day of the French Republic

To HE Pascal VAGOGNE, AMBASSADOR

HEAD OF MISSION, EMBASSY OF FRANCE IN MOLDOVA

Celebrating the anniversary of the storming of the Bastille, where over 7000 French revolutionists united and stormed the fortress in Paris on 14 July 1789, throughout Europe we remember the act of bravery in overcoming the dictatorship and the subjugation. This day in history marks the raise of democracy, the establishment of the European values and principles and equity among people in France.

Let the national holiday reinforce the importance of the historical feat of the ancestors and remind all of us about the importance of social cohesion, mutual respect and freedom of all citizens in working together for the benefit and prosperity of their nation.

Your Excellence, expressing my sincere appreciation and gratitude, I am honored to congratulate France and its people on this symbolic and emblematic national holiday. 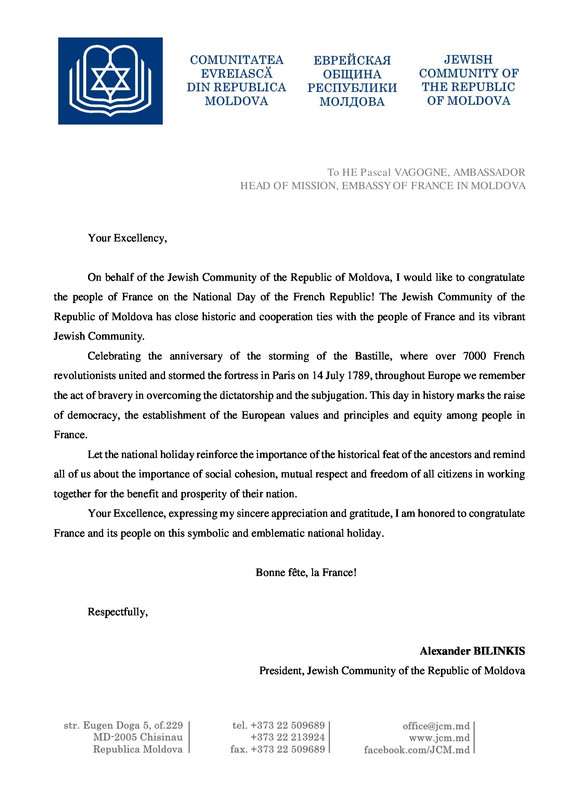